We’ve put together this list of all of the best folding helmets on the market. Keep checking back, as we’ll be updating this page often!

The Fuga is an expensive but very good folding helmet. It folds smaller than most other folding helmets, is one of the easiest helmets to fold, and is aesthetically well designed. It’s also lightweight, easy to grip when carrying it by hand, and stays shut when folded– meaning you can carry it in your hand without it opening up on you. Although it’s overall not great on price, the Fuga is one of the most convenient helmets for commuters.

Here’s the official website for the Closca Fuga, and our review of the Fuga.

You can also buy the Fuga on Amazon here.

If you liked the Fuga’s convenience, but not the price, then the 174HUDSON Stack packable helmet (aka “Stack”) may be your best choice. It’s also designed by Closca– the company behind the Fuga– but this is their more affordable model.

The only real difference between the Fuga and the Stack is that the Stack is slightly wider, meaning it’s about 1-2″ wider than the Fuga when folded. Like the Fuga, it’s lightweight, grippable, stays shut, and is super easy to fold.

Because of its amazing convenience and affordable price, the Stack is one of the best folding helmets for a commuter just getting into the folding helmet thing.

Here’s the official website for the 174HUDSON Stack packable helmet, and our review of the Stack. You might also be interested in our exclusive interview with Priority Bicycles, the company behind the Stack.

Stay tuned for the Park & Diamond. They haven’t officially started shipping yet, but we’re anticipating this to be a really innovative product. In a nutshell, the Park & Diamond looks like a baseball cap and rolls up to the size of a water bottle. It’s also easily washable. Not your typical helmet, for sure.

The Park & Diamond is well suited for anyone who wants a helmet that’s relatively discrete— the helmet doesn’t look like you’re wearing a helmet at all, and then once you’re done with it, you can easily roll it up and make it disappear.

Here is Park & Diamond‘s official website, and their Indiegogo page.

What makes it so great?

It folds down to 2.5″ wide, which is the narrowest you’ll get with a folding helmet.

There are a few other nice things about the Morpher, aside from its compactness. First of all, it looks fairly traditional— there’s nothing too flashy or weird about it. It also has a magnetic buckle, which some people like. And the ventilation is pretty good too.

The Morpher is overall a great helmet if you want something super compact that’s tried and tested.

It does have its flaws though, such as a recent Consumer Reports test that found the Morpher to be unsafe in their side impact test. You can read more about that in our in-depth review of the Morpher here.

The Hedkayse is not just an ordinary folding helmet. The creators have worked for years on the Hedkayse ONE, trying to develop something that’s actually different rather than just rebrand existing technology. And it shows– almost every single part of the helmet, down to the buckle, is reimagined.

The Hedkayse ONE is built out of a truly unique material which they call “Enkayse”, and which doesn’t crack like an ordinary helmet. This is not just for improved safety. The helmet can take impact after impact without losing its protection. Most helmets have to be replaced even after a small impact, such as what you’d get from accidentally dropping it too hard on concrete. But the Hedkayse ONE can even be rolled over by a bulldozer, dropped off a cliff, and buried under a mountain of jagged boulders, and still work perfectly with zero effect on its safety performance (of course they tried).

The Hedkayse One is the best option if safety and durability are your top priorities.

Here is the official website for Hedkayse, and our review of the Hedkayse ONE.

The FEND is another new folding helmet which is also affordable. It folds easily, stays shut when folded, and is easy to carry by hand– making it quite portable. It also looks pretty good. The main downside is that it doesn’t fold so compact compared to other folding helmets.

The FEND is a good choice for anyone looking for an affordable and all-around decent folding helmet.

FEND‘s official website. Here is our review of the FEND helmet. It can be purchased on Amazon here.

The Plixi is another affordable folding helmet which has been around for a long time. It’s probably best compared to the FEND. It folds small, but takes on a slightly inconvenient shape.

Why might you want the Plixi as opposed to another folding helmet? Well, there’s no strong reason to go one way over another. Maybe you like the style? For whatever reason, this helmet may just be the one that works for you. It’s certainly a decent option.

Here’s the Overade Plixi‘s official website, and our review of the Plixi. You can buy the Plixi on Amazon here.

The Cyclo is a coming out next year, so stay tuned.

What we know so far about the Cyclo is that it’s made from recycled plastic, some of it recovered from oceans and landfills. The helmet is 100% recycled, and 100% recycleable.

Aside from its positive environmental impact, the Cyclo seems to pack fairly small. Also, the price is expected to be on the lower end, so it should be quite affordable.

The Cyclo is the best option if you want an inexpensive packable helmet with a positive environmental impact.

You can check out Cyclo’s Indiegogo page and website, or see our preliminary review of the helmet to learn more.

The LID Plico is also an affordable and all-around decent folding helmet. It’s extremely quick and easy to fold and also fits well. It’s also reasonably portable— it stays shut when folded and is easy to grip. The Plico is also made from recycled EPS foam— so it has some recycled components in it, but may still be hard for ordinary people to recycle.

Unfortunately, the Plico is a bit on the bulkier side and doesn’t fold so compactly. But if you’re looking for a helmet that’s ridiculously easy to fold and unfold, this is the best option.

Here is the official website for the LID Plico, and our review of the LID.

The Brooks England Carrera is very similar to the Plico in terms of how it folds and fits on the head. The big difference is the color scheme, as the Carrera looks more understated and sophisticated. The Carrera is also a bit lighter and better ventilated than the Plico.

Unlike the Plico, the Carrera doesn’t lock shut when folded, so it’s a bit less convenient. Nor is it made of recycled EPS.

The Carrera is a good option if you want the amazing foldability of the Plico with an airier, more sophisticated, shell.

Here is our review of the Brooks England Carrera, and where you can buy it online (it doesn’t seem to be sold on Brooks England’s website anymore).

And now we’re on to the end of our B-list. Which isn’t to say that they serve no purpose, but just don’t expect any jaw-dropping features– or high quality in general.

The Ftiier and Cairbull versions of what is, essentially, the same folding helmet, get the job done at the bare minimum. They fold up easily, are extremely lightweight, well-ventilated, and are often the least expensive folding helmets available.

But they’re still pretty wide when folded, don’t lock shut, and don’t look so good. I also can’t help but question their safety effectiveness, given the wide gaps between those spans. Their construction is genuinely low quality– you should expect the helmet to show signs of wear and tear within a year.

These helmets do serve a purpose, which is if you desperately want a folding helmet but don’t want to spend more than $50, they are likely your only option. And they aren’t terrible if you’re only going to use them occasionally.

We Would Love to Hear Your Thoughts

Do you have a question on a folding helmet? Have a positive or negative experience with one of these folding helmets? Let us know in the comments section below! 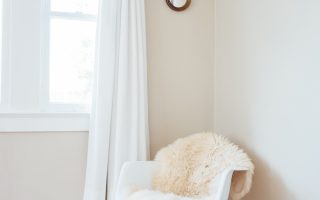 Ideas to Save Space on Kids’ Things 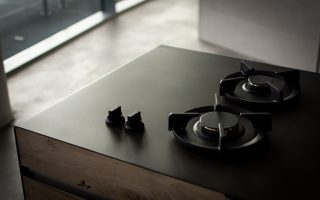 Save Space in the Kitchen with Products That Fold

What about Hövding? That has got to be to most compact, foldable helmet yet, considering it’s basically an airbag for cyclists.

Thanks Riley, we would love to review the Hövding, but as it is not available for sale or shipment to the US at this time we have not yet been able to. We hope to have the opportunity to obtain the helmet for review in the future. Have you had a chance to use it? We would love to hear about your experience!

Vote Up1Vote Down  Reply
TOP
Do NOT follow this link or you will be banned from the site! wpDiscuz
We use cookies to improve your experience on our site.OkPrivacy policy